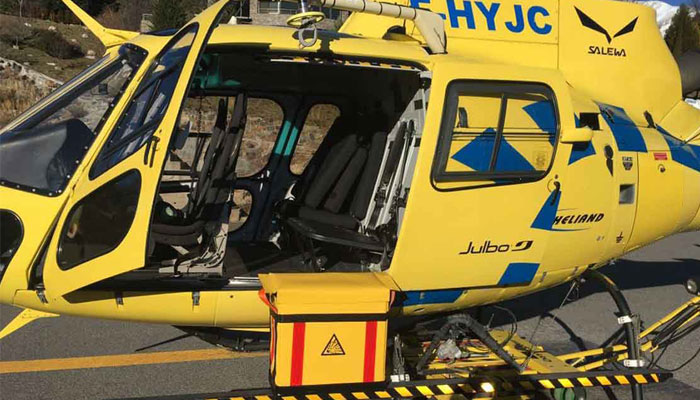 What is the SAR?

The S.A.R. o Rescue Air Service is the service in charge of the Search and Rescue of the Spanish Air Force in air , land or sea accidents, and in natural disasters. In the middle of the year 1955, the Spanish Air Force, defined by decree a mission consisting of locating the damaged aircraft within the Spanish airspace and sending as quickly as possible the necessary help, where an accident or catastrophe had occurred and Your help would be necessary by cooperating with other civil and military organizations if necessary, and for this, create a Service Headquarters and Coordinating Centers for what would be known as Air Rescue Service or SAR.

In the same year 1955, the first Salvage Squadron was created based in Tenerife and began operating with different types of aircraft. But soon this Unit is transferred to the base of Gando in Gran Canaria, where it obtains its current name of 802 Air Force Squadron. Similarly, the SAR also operates in the Balearic Islands in this case with Squadron 801, and in Madrid with Squadron 803, which together with 402 squadron form Wing 48 based on Cuatro Vientos.

The S.A.R is made up of 3 organizations:

The Coordinating Centers or RCCs provide a fundamental role in the development of the activities of the Service, since they analyze the given situations, determine the necessary means and organize the liaison with other necessary organizations that may need collaboration in the event to cover. The RCC of Madrid plans, directs and coordinates all those search and rescue operations within the Search and Rescue Region of Madrid (SRR of Madrid), corresponding also to the FIR of Madrid. In addition, it is also entrusted with the mission of participating in other relief operations that are requested by the competent authorities. The S.A.R. called “SPOC” are the national RCC centers that have the responsibility of receiving all the alerts of the national COSPAS-SARSAT system for their local areas, and which we will talk about in a later article.